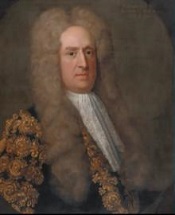 Who is Thomas H. Wilkins?

Wilkins began his investment career in 1966 on the floor of the New York Stock Exchange, later promoted to
investment research and then portfolio management. In later years, he went back to university and earned his
M.A. (economics) from the University of Georgia in 2002 where he argued for “An Economic Interpretation of the
Founding of the Colony of Georgia,” under the direction of Professor Fred Bateman.

He graduated from the Westminster Schools in Atlanta, Georgia in 1958 and won the Senior Math Award.

He passed his Chartered Financial Analyst exams in 1972, has continuously registered with the CFA Institute (and
its preceding names) since 1972 and has earned many continuing education credits over the decades. He is a
Georgia‐registered Investment Adviser, and a member of the New York Society of Security Analysts (NYSSA) where
he was a Past Director, Past Chairman of the Program Committee and received the Volunteer of the Year award in
1983. He was and is an exam grader for the 2008, 2009, 2010 and 2011 Investment Research Challenge at The New
York Society of Security Analysts.

As a member of the CFA Institute, he authored an article on market‐to‐market accounting in the CFA Magazine
(2009) , during the apex of the 2008‐2009 financial crises. His review of Nobel Prize winner George Akerlof’s book
appeared in The Investment Professional, formerly published by the NYSSA, where he was once a member of this
magazine’s Editorial Board. He also authored an article on “Saturday Night Fever at the Federal Reserve Board”,
after attending the 1979 Annual Meeting of the International Monetary Fund held in Yugoslavia. He was an early
advocate of gold as an alternative investment, and sponsored meetings in New York, California and Johannesburg,
South Africa. Gold purchases were legalized in the U.S. in early 1974, after suspension of private purchases in 1933.
Mr. John C. van Eck of International Investors, Inc. was an early mentor. In March, 2010, he addressed the New
York Society of Security Analysts on the subject of gold.

He is also a member of the CFA Society of Atlanta.

He is a columnist for the Shanghai‐based ChinaStakes.com. His columns are archived at www.chinastakes.com. In
July of 2009 he received accreditation to attend the U.S./China Strategic and Economic Dialogue in Washington, DC.

His biographical sketch has been listed in Who’s Who in Finance and Industry, 1979‐1980.

He is registered as an investment adviser with the Financial Industry Regulatory Authority (FINRA) and with the
State of Georgia as an Investment Adviser and is able to manage a number of accounts in other states under the
De Minimis rules.

Thomas H. Wilkins, CFA is the Founder, Chief Executive Manager, and Investment Adviser Representative of Joseph
Jekyll Advisers, LLC. Joseph Jekyll Advisers is an Investment Adviser registered pursuant to the laws of the State of
Georgia. The firm is only registered in Georgia but may manage accounts of clients in other states pursuant to
certain registration exemptions and exclusions, where available.

Investment Advisory products and services available through Joseph Jekyll Advisers, LLC, an Investment Adviser registered pursuant to the laws of the State of Georgia.